Hunting is controversial.  You have your hunters vs. anti-hunters, public vs. private land, high vs. low fence, rifle vs. bow hunters, compound vs. recurve.  There are lots of little battles fought just inside of the hunting realm.  People are killing animals just to get a good picture and some video to show the whole world.  Some videos show hunting to be non-stop action and others show it to be some emotionally burdened experience with a dose of remorse.  It seems as if the whole meaning of going out into the woods has to be publicized for the whole world to see.

I love taking pictures of the places I go and the animals that I hunt, and I have a responsibility to be an ambassador for myself and a couple of companies to show what being an outdoorsman really means.  I don’t feel the need to publicize everything that I do out in the field.  Sure some of my best moments I have shared on social media and even some of my low points, but I have found that there is merit in keeping a lot of your moments to yourself.  Some memories you make are priceless, and you don’t want them to be shared.

Hunting can be an emotional adventure where you go through ups and downs.  I have regretted killing some animals either because they suffered from an ill-advised shot from my hunter or because I made a mistake.  As a hunter, I hate to see an animal suffer pain that was avoidable.  Preparation plays a role in making sure that the animal is shown respect. 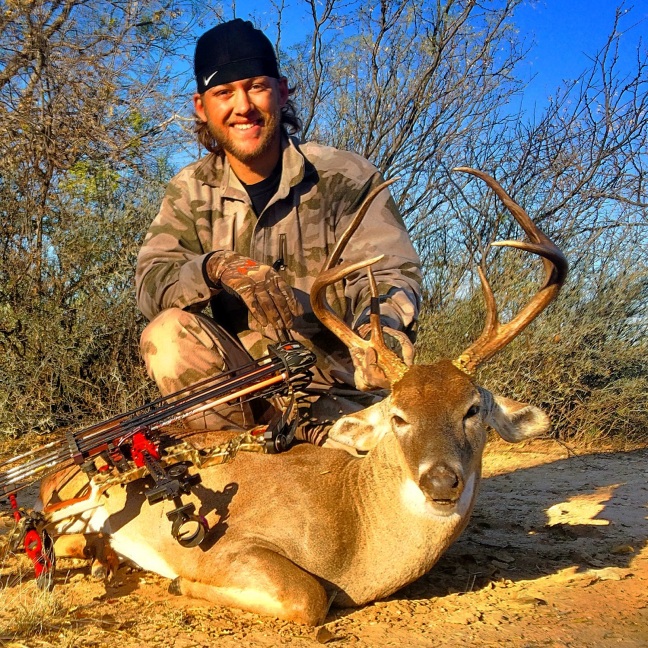 Being a hunter takes on a whole sense of responsibility.  As I have written before, you are taking an animal’s life.  That is no joke and shouldn’t be taken lightly.  Now, the majority of us don’t rely on a fresh kill to survive the day or need an animal to survive the winter months.  I love deer, elk, and many other types animals, and would be very upset if I didn’t have any to eat for a few days.

My definition of hunting will be different than anyone else’s, and I think that is how it should be.  We shouldn’t base our life’s off of other people’s opinions.  However, we definitely should take into option other people’s ideas to help mold our basis to why we should do an activity. 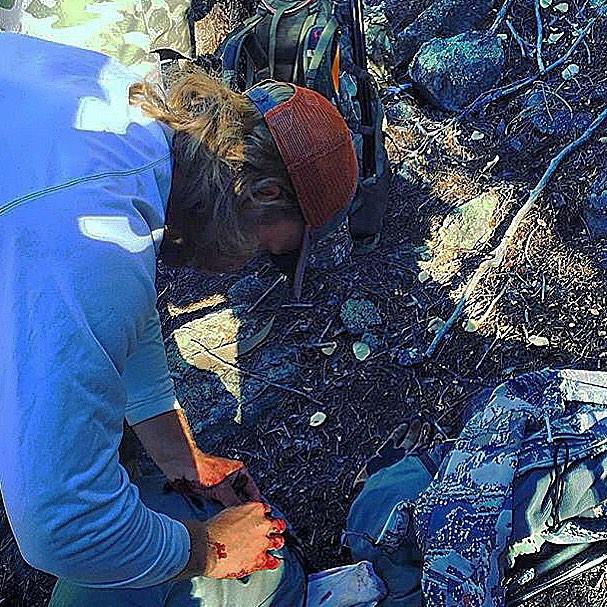 I have four main reasons of why I hunt.

First off, it’s my legacy.  For thousands of years, people have been hunting.  It was in their blood to chase animals and to seek out adventure.  Our family ranch in West Texas has one of the Twin Buttes on it.  This “little mountain” rises 150-200 feet or so and looks out over the land.  I have spent many hours on that hill looking at deer, turkeys, and Sam’s Club.  Dad and I came across an article that had a journal entry from the early 1800’s.  In the entry, a buffalo hunter set on that same bluff and looked out at tens of thousands of buffalo.  I just think it’s awesome to know that even though its 200 years later, that same spot is being used to spot and hunt game.

Secondly, it’s an adventure.  My first elk hunt was in New Mexico when I was 15.  We were headed back to camp for lunch when 200 yards off the side of the road was a very nice 5 point bull.  The guides jumped out, and immediately set up the shooting sticks. (We were on private land at that moment) To their surprise, I told them I wasn’t going to shoot the bull.  They did their best to try to convince me to get set up.  We had been hunting hard and taking a bull like this was in no way disrespectful, and now that I look back on it, they were right.  But something in me was tugging at me not to kill that elk.  There was no adventure involved.  Two days later, I would kill that same bull about 2 miles back on public land.  In either instance, he was still a mature trophy bull, but only one scenario had an adventure.

Third, hunting is conservation.  Whether it is a high fence or low fence, public or private, herd conservation is directly related to the efforts of hunters, conservationists, and politicians.  Whether it is the MLD system in Texas or the works of the RMEF in the western states; these programs focus solely on the health of the herd.  Overpopulation results in a lack of resources and death of animals who could still provide to the herd.  By hunting animals that are mature/post mature, we can sustain a herd and help the survival rate of younger animals.  Either by limiting tags to help a herd grow or by passing up a young buck, the little things that each hunter does eventually add up and an idea of a strong, healthy herd can become a reality.

Finally, the fourth reason, fellowship with others.  It’s been said that once you spend a day in the woods with someone, you are brothers.  Of course, this is sometimes not the case, but the point is that being in the woods, desert, or wherever with someone else somehow makes you closer.  Sometimes is just exchanging a few words at the cabin after a day of hunting or maybe it’s suffering for a week straight with your buddy right by your side. It’s something that brings people together.  Everyone loves a great hunting story and being able to share it with a group of guys (or girls) just almost makes all of those cold sits and long hikes worth it.  So much can be learned from a hunting story.  My last buck I killed, I enlisted the help of one of my good friends who lives out on our family ranch.  We dragged the 5.5-year-old deer maybe 500 yards to the truck all the time exchanging hunting stories.  I got home that night and by the time I had turned the truck off, mom had already opened the garage and was out at the truck wanting to hear the story.  These little moments are what I truly look forward too.  All of that hard work is seen and worth it.

We have to make sure that we take in all of these little moments.  With everyone wanting to catch every single cool moment on camera to show it to the world, we can easily miss the true meaning of the hunt.  I know that every night I come home empty handed, rather that be to my little tent at 12,000 feet or my warm bed in west Texas, I still have those little memories to push me to go another day.  I don’t have to hunt. I don’t have to guide.  I don’t have to go hike up 4,000 vertical feet either, but I want to.  Maybe I’m a little crazy or stupid, but I just love everything that hunting experience brings. So I’d ask you to think about why you hunt, or maybe not even hunt.  Why do you love playing sports or why do you love studying or something crazy like that?  Everything in this life can go by so fast, and if we don’t recognize the importance of it all, it will be gone before we know it.